MEASUREMENT of RANGE of MOTION of the KNEE

MEASUREMENT of RANGE of MOTION of the KNEE

The knee joint consists of three separate articulations within a single joint capsule—one articulation between each convex femoral condyle and the corresponding tibial condyle and intervening meniscus, and a third articulation between the patella and the anterior aspect of the distal femur (Fig. 12-1).4,10,28 The two tibial condyles are very slightly concave and are deepened somewhat by the fibrocartilaginous medial and lateral menisci, which are attached to the periphery of the tibial condyles.4,11,29 Because there is significant bony incongruency at the knee joint (large convex femoral condyles articulating with relatively flat tibial condyles), stability of this joint occurs primarily via soft tissue structures (capsule, ligaments, and particularly muscles) around and within the joint.4,30,32 The articular capsule surrounding the knee joint is large, thin, and incomplete in some areas where muscle tendons replace fibers of the capsule.4,30 Tendons of the quadriceps femoris, tensor fasciae latae, gastrocnemius, sartorius, and semimembranosus muscles all contribute fibers to, and strengthen, the articular capsule of the knee joint (Figs. 12-2 and 12-3).4,11,14 Ligamentous reinforcement of the knee joint occurs via five extracapsular ligaments (patellar, oblique popliteal, arcuate popliteal, tibial collateral, and fibular collateral) (see Figs. 12-2 and 12-3) and two intra-articular ligaments (anterior and posterior cruciate) (Fig. 12-4).4,30 Other ligaments that have been described as significant stabilizers of the knee joint include the fabellofibular ligament, the medial patellofemoral ligament, and the short lateral ligament.11,21,38 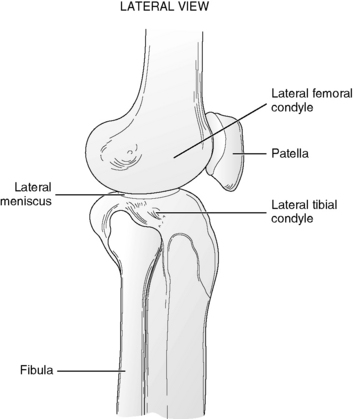 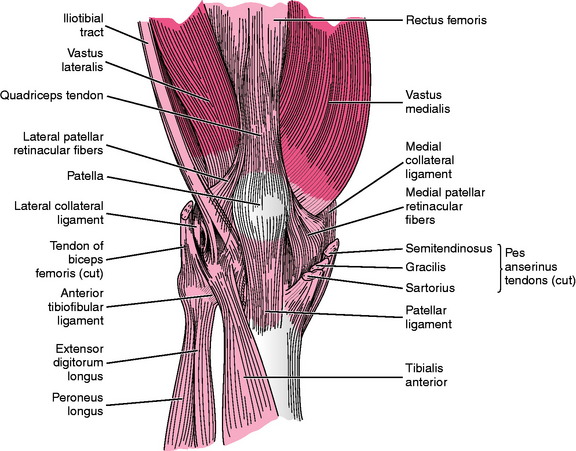 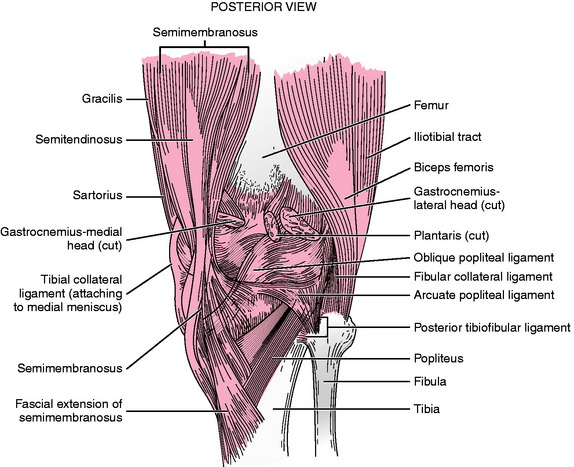 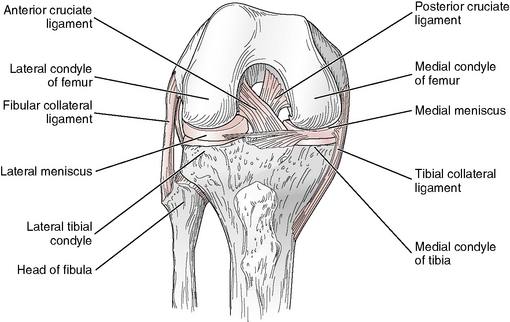 Fig. 12-4 Internal ligaments and menisci of the knee.

Each of the two articulations between the femoral and tibial condyles and the menisci can be described as separate joints,4,13 but each is treated as a single joint, the tibiofemoral joint, during range of motion (ROM) measurements. Motion at the articulation between the patella and the anterior femur, the patellofemoral joint, typically is not measured clinically using a goniometer. Therefore, only tibiofemoral motion is considered in the following discussion of the knee joint.

Classic explanations of movements occurring at the knee joint describe active motion as including flexion and extension, which occur around a transverse axis passing through the femoral condyles, and rotation of the tibia, which occurs around a longitudinal axis passing through the medial intercondylar tubercle.6,7,20 According to this description of knee motion, the axis for flexion and extension of the knee is not fixed but moves as the knee flexes.6,26 Other investigators have challenged this classic description, asserting that flexion and extension of the knee occur around a fixed, oblique axis that extends from the lateral, posterior, inferior aspect of the knee to its medial, anterior, superior aspect.16 This axis is described as passing through the lateral and medial femoral epicondyles (at the point of attachment of the collateral ligaments) and superior to the decussation of the cruciate ligaments. Thus the axis for knee flexion and extension lies not in the transverse plane but at an angle to all three cardinal planes, producing combined motions of flexion, adduction, and medial rotation, as well as extension, abduction, and lateral rotation.

Rotation at the knee, which occurs passively during flexion and extension motions and is associated with the locking mechanism of the knee, also may be produced actively, but only when the knee is flexed.2,8,20,40 Active rotation is impossible when the knee is extended fully, owing to the tightness of the collateral and cruciate ligaments.4,9,20 Typically, only flexion and extension of the knee, and not rotation, are measured clinically.

Knee flexion is limited by soft tissue approximation between the structures of the posterior thigh and calf, provided that the hip also is in some degree of flexion.20,39 Flexion of the knee may be limited prematurely if the hip is extended, owing to tension in the rectus femoris muscle, which crosses the anterior aspect of both hip and knee joints.23 The preferred position for measurement of knee flexion is with the patient supine and the hip flexed in order to avoid such premature stoppage of motion. Capsular and ligamentous structures provide the primary limitation of knee extension, provided the hip is extended as well.20,26 When the hip is flexed, extension of the knee may be limited by tension in the hamstring muscle group.23,40 Information regarding normal ranges of motion for the knee is found in Appendix B.

The capsular pattern of the knee joint is that flexion is more limited than extension. Rotation of the tibia is not restricted if the capsule is involved.5,19

Numerous authors have investigated the motion of the knee joint during functional activities. Much of this research has been related to knee motion during ambulatory activities such as walking on level ground,3,17,24,33,34,37 walking up and down slopes,37 and ascending (Fig. 12-5) and descending stairs.17,25,27,35,37 Additional investigations have examined knee motion during other daily activities such as sitting onto and rising from a chair,17,25,37 entering and exiting a bath,37 lifting an object from the floor (Fig. 12-6), tying a shoe,25 and transitioning from a kneeling to a standing position.42 A few authors also have examined knee motion in so-called high range of motion activities such as kneeling (Fig. 12-7), squatting, and sitting cross-legged.15,22,31 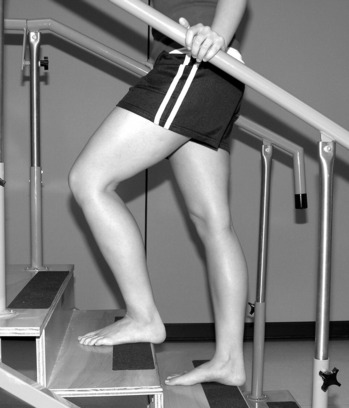 Fig. 12-5 Flexion of the knee during stair ascent.

Tags: Joint Range of Motion and Muscle Length Testing
Aug 10, 2016 | Posted by admin in PHYSICAL MEDICINE & REHABILITATION | Comments Off on MEASUREMENT of RANGE of MOTION of the KNEE
Premium Wordpress Themes by UFO Themes
WordPress theme by UFO themes