anatomy of the hip and buttock

Applied anatomy of the hip and buttock 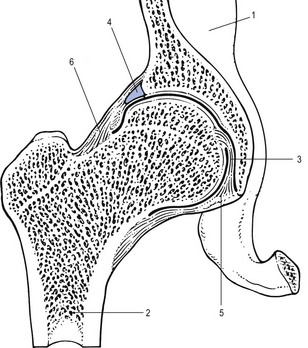 The femoral head is ovoid or spheroid but not completely congruent with the reciprocal acetabulum. It is covered by articular cartilage except for a rough pit for the ligamentum teres, a flattened fibrous band, embedded in adipose tissue and lined by the synovial membrane (Figs 2, 3). The ligament connects the central part of the femoral head with the acetabular notch and its transverse acetabular ligament. The ligament is extra-articular and contains a tiny branch of the obturator artery partly responsible for the vascular supply of the femoral head. 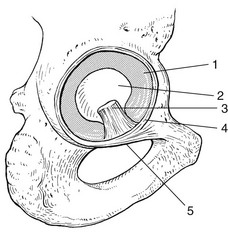 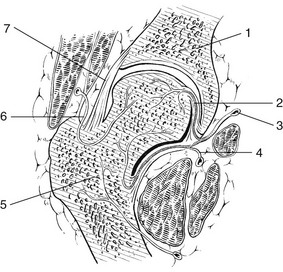 The femoral head and neck also receive arterial supply from the capsular vessels, arising from the medial and lateral circumflex arteries (see Fig. 3).

The capsule is a cylindrical sleeve, running from the acetabular rim to the base of the femoral neck. It is supported by powerful ligaments. 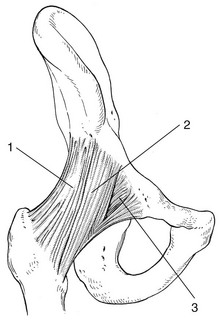 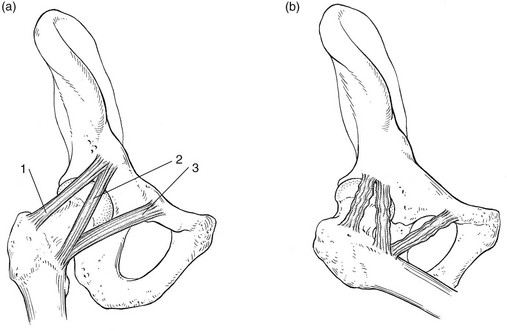 Fig 5 Lateral view of the ligaments in extension (a) and flexion (b): 1, iliofemoral, lateral part; 2, iliofemoral, medial part; 3, pubofemoral.

The ligamentum teres plays only a minor role in the control of hip movements. Adduction from a semi-flexed position is the only movement where this ligament is under tension.

The hip joint is surrounded by a large number of muscles. According to their function these are divided into six groups: (1) flexors, (2) extensors, (3) abductors, (4) adductors, (5) lateral rotators, (6) medial rotators. In this chapter the anatomical and kinesiological aspects of particular importance in orthopaedic medicine are discussed.

The flexor muscles of the hip joint (Table 1) are anterior to the axis of flexion and extension. 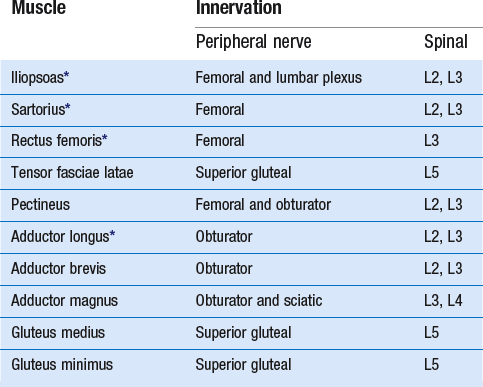 The iliopsoas is the most powerful of the flexors (Fig. 6). It originates at the lumbar vertebrae and the corresponding intervertebral discs of the last thoracic and all the lumbar vertebrae, the superior two-thirds of the bony iliac fossa and the iliolumbar and ventral sacroiliac ligaments. The insertion is to the lesser trochanter. Although its main function is flexion, it is also a weak adductor and lateral rotator. The distal part of the muscle is palpable just deep to the inguinal ligament, where it lies bordered by the sartorius muscle laterally and the femoral artery medially (Fig. 7). 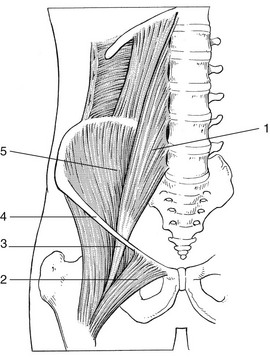 The sartorius is mainly a flexor of the hip, originating at the anterior superior iliac spine and inserting at the proximal part of the medial surface of the tibia (see Fig. 7). Consequently the muscle acts on two joints, with the accessory function of lateral rotation and abduction of the hip as well as flexion and medial rotation of the knee. At the surface, the muscle divides the anterior aspect of the thigh into a medial and a lateral femoral triangle. During active flexion, abduction and lateral rotation at the hip and 90° flexion at the knee, the muscle becomes prominent and is easily palpable.

The rectus femoris combines movements of flexion at the hip and extension at the knee. Its origin is at the anterior inferior iliac spine, a groove above the acetabulum and the fibrous capsule of the hip joint and inserts into the common quadriceps tendon at the proximal border of the patella (see Fig. 7). The origin can be palpated only in a sitting position because of tension in the overlying structures. The tendon and muscle belly are bordered medially by the sartorius muscle, and laterally by the tensor fasciae latae and the vastus lateralis, the largest part of the quadriceps.

The tensor fasciae latae (see Fig. 7) originates at the outer surface of the anterior superior iliac spine, and inserts into the proximal part of the iliotibial tract – a strong band which thickens the fascia lata at its lateral aspect. Thus the course of the tensor is dorsal and distal. Acting through the iliotibial tract the muscle extends and rotates the knee laterally. It may also assist in flexion, abduction and medial rotation of the hip. In the erect posture, it helps to steady the pelvis on the head of the femur (Fig. 8). The muscle can be palpated easily during resisted flexion and abduction of the hip with the knee extended. 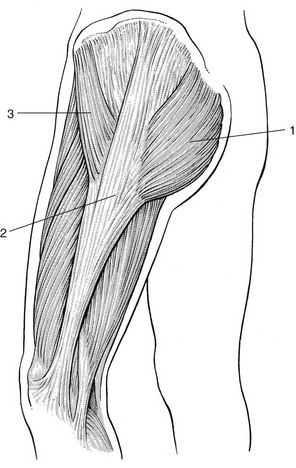 Tags: A System of Orthopaedic Medicine
Jun 5, 2016 | Posted by admin in ORTHOPEDIC | Comments Off on anatomy of the hip and buttock
Premium Wordpress Themes by UFO Themes
WordPress theme by UFO themes