The spinal column consists of individual bony vertebrae and intervertebral disks that connect each vertebra in the front of the spine. A healthy spine provides strength, is flexible, and allows movement in several planes. Body movement and weight-bearing changes can produce an alteration in the geometry of the spine. The vertebral column is made of 26 separate vertebrae, and can be divided into five sections: cervical, thoracic, lumbar, sacral, and coccygeal. Because the sacrum and coccyx are fused with five sacral vertebrae and four coccygeal vertebrae, respectively, some believe the vertebral column is actually made up of 33 vertebral bones. Each vertebra is composed of a body anteriorly and a neural arch posteriorly. The arch has two supporting pedicles and two arched laminae; it encloses an opening, the vertebral foramen, which helps to form the vertebral canal in which the spinal cord is housed. Seven processes arise from the vertebral arch: the central spinous process, two transverse processes, two superior facets, and two inferior facets. Three-quarters of the length of the vertebral column is from the vertebral bodies, and one-quarter is from the thickness of the intervertebral disks. 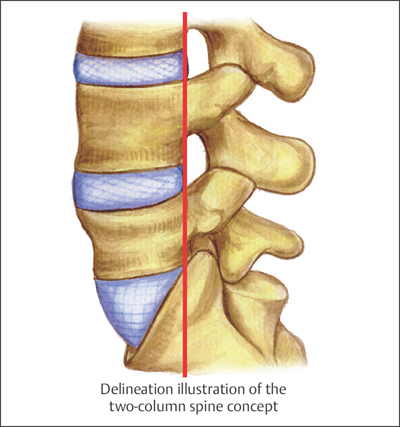 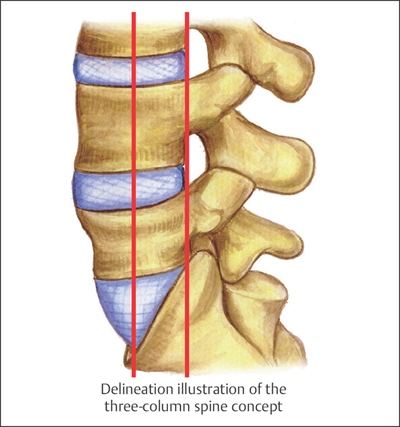 Based on AO classification, the spinal column is coded as the number “5.” Cervical, thoracic, lumbar, and sacral fractures are assigned as numbers “51,” “52,” “53,” and “54,” respectively. Pelvic fractures always involve sacrococcygeal fractures; therefore, we put sacral and coccygeal fractures into the pelvic section during our statistical analysis. 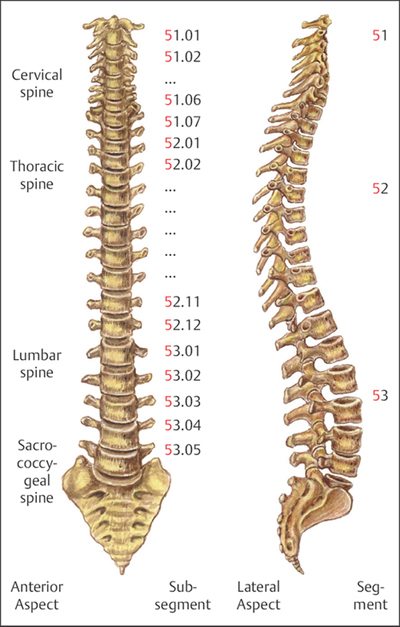 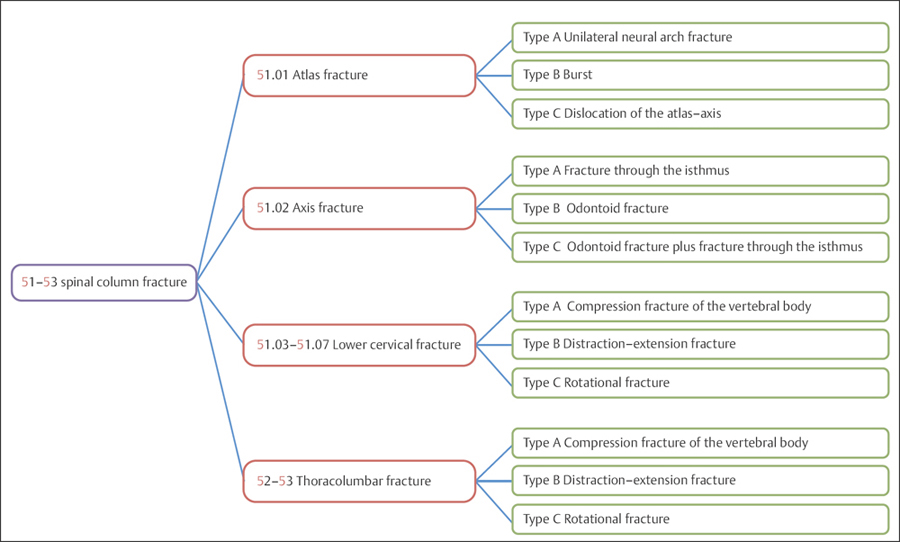 Because the atlas (51.01) and axis (51.02) have different anatomic features and unique functions from other cervical vertebrae, they require different methods of assessment regarding the stability and neurologic injury resulting from fractures. As such, AO classification places vertebral column fractures into four sections: atlas, axis, lower cervical, and thoracolumbar fractures. The atlas and axis constitute the upper cervical spine.

Clinical Epidemiologic Features of Fractures of the Spinal Column

A total of 4175 patients with 4720 spinal column fractures were treated at our trauma center over a 5-year period from 2003 to 2007. All cases were reviewed and statistically studied; the fractures accounted for 6.93% of all patients with fractures and 7.23% of all types of fractures, respectively. Among these 4175 patients, there were 44 children and 4131 adults.

Epidemiologic features of fractures of the spinal column are as follows: 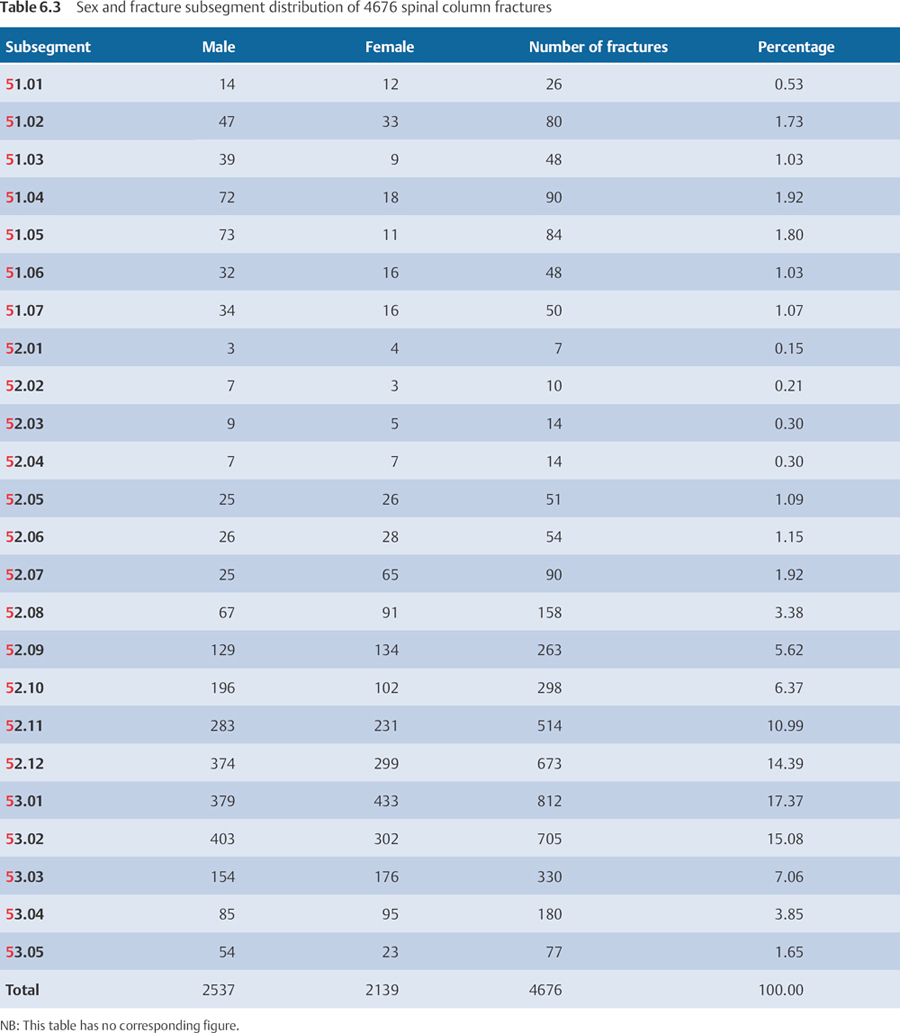 The atlas, a ring-shaped bone, is remarkable for having no “body.” It consists of anterior and posterior arches, and two lateral masses, from which two transverse processes project laterally and downward. Its superior articular facets articulate with the occipital condyles of the skull, and it forms the atlantoaxial joint with the dens of the axis. The two transverse processes of the atlas serve as attachment sites for muscles and ligaments, which assist in rotating the head. The foramen transversarium pierces the transverse processes of the atlas, and gives passage to the vertebral artery and vein. The anterior and posterior arch is thin, especially at their junction with the lateral mass, which is particularly susceptible to injury and, if damaged, may lead to fracture and dislocation.

The dens of the axis was originally part of the atlas, but became separated from the atlas during development; therefore, malformations commonly occur, such as absence of the dens of axis, hypoplasia or agenesis of the dens, occipital–atlas fusion, and atlas–axis fusion. These malformations may result in poor stability of the craniocervical region and compression of the spinal cord. The root of the dens is very thin, making it especially prone to injury. The resultant fracture and dislocation of the root would lead to a high risk of paraplegia or even death (Plate 6.5).

There are important ligaments between the atlas and axis, connecting two or more bones, condrites, or other soft tissues. The atlantoaxial ligament complex provides stability to the atlantoaxial joint though its great range of motion, and prevents hyperflexion or hyperextension of the joint (Plate 6.6). The upper cervical ligament is important in stabilizing the upper cervical spine and preventing neurologic injury. Loss of stability of the ligament can result in subluxation of C1–C2, and lead to lethal neurologic injuries.

Each vertebra in the lower cervical spine (C3–C7) consists of a vertebral body, a vertebral arch, which is formed by a pair of pedicles, and a pair of laminae (Plate 6.7). Each vertebra also has seven processes, four articular, two transverse, and one spinous. By comparison, cervical vertebrae are smaller than thoracolumbar vertebrae. The lateral aspect of each vertebral body has a superior projection (uncinate process) that forms Luschka’s joints (uncovertebral joints) with a projection downward from the inferior surface of the vertebral body above. The transverse process is short and broad, with a wide groove for the existing spinal nerve on its upper surface. It gives attachment to several muscles. The bony protuberances at the end of the transverse processes are called the anterior and posterior tubercles, accordingly. The articular facets are inclined ~ 45° from the horizontal plane. A characteristic feature of vertebrae C2 to C6 is a projection known as the bifid spinous process, whereas C7 has a prominent nonbifid spinous process that can be felt at the base of the neck. 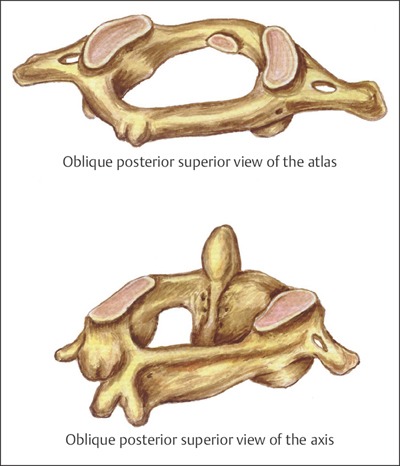 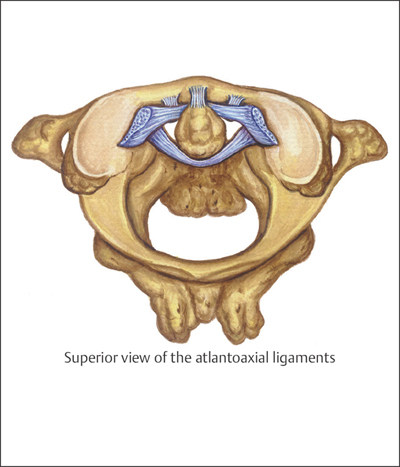 Based on AO classification, 51.01 (atlas) fractures can be divided into three types: A: unilateral neural arch fractures; B: burst fractures; and C: dislocation of the atlas–axis. 51.02 (axis) fractures can also be grouped into three types: A: fractures through the isthmus, including neural arch (ring) fractures or hangman’s fractures; B: odontoid fractures; and C: fractures through the isthmus plus an odontoid fracture. AO classification for segment 51.03–51.07 (lower cervical spine) has three categories: A: compression fractures of the vertebral body; B: distraction injuries of the anterior and posterior elements; and C: rotational injuries with translation affecting the anterior and posterior elements (Plate 6.8). 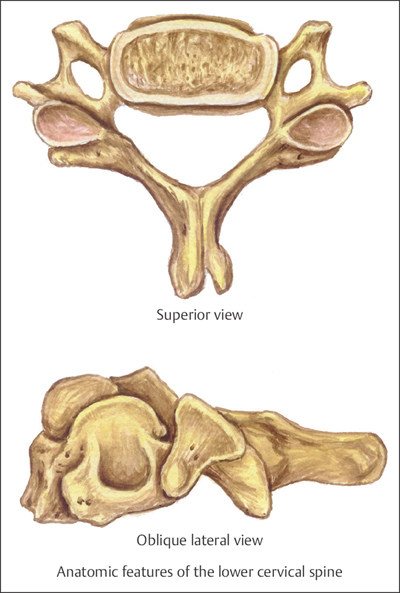 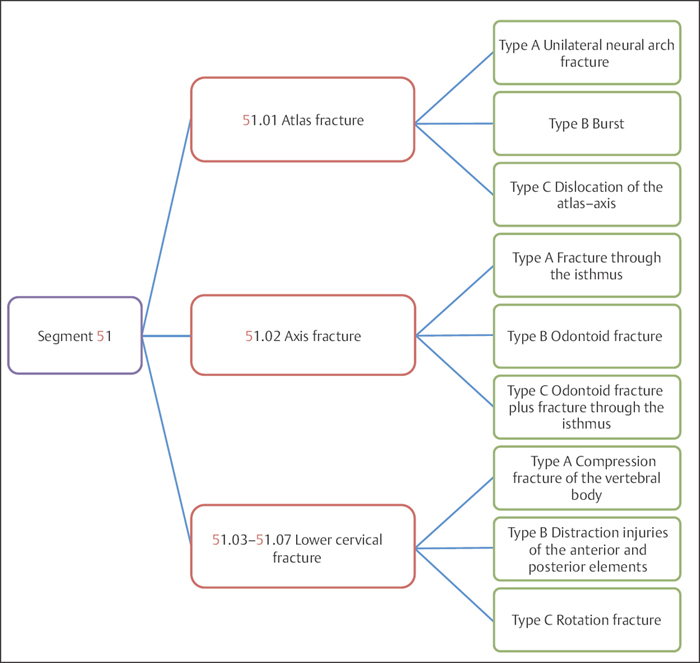 A total of 106 adult fractures of the upper cervical column were treated at our trauma center over a 5-year period from 2003 to 2007. All were reviewed and statistically studied; the fractures accounted for 2.27% of all spinal column fractures in adults. Their epidemiologic features are as follows:

• the most common type of fracture among segment 51.01 (atlas) fractures is type A

• the most common type of fracture among segment 51.02 (axis) fractures is type B.