Basic Physiology of the Hair Cycle

Causes of Hair Loss in Women and Therapeutic Considerations

In clinical practice, one of the most common complaints from female patients is excessive hair loss. In most cases it is not severe alopecia; rather, it is the perception that hair loss is occurring at an increasing rate. Often these complaints are dismissed, because minor hair loss is difficult to quantify and it is certainly not a life-threatening disorder. However, the patient wants an answer as to why it is happening, so it is important to address it. Physicians should also be careful not to underestimate the emotional impact of hair loss for some patients.

Basic Physiology of the Hair Cycle

Between 100,000 and 350,000 hair follicles occupy the human scalp, but not all of these hairs undergo cyclic phases of growth and rest. During the growth (anagen) phase, there is active genetic expression of protein synthesis. As the hair matures, it enters into a resting stage (telogen). Then the hair bulb migrates outward and eventually is sloughed. It is during this migratory phase that the stage is set for new hair to fill the remaining papilla after the original hair is lost. Age, pathology, and a wide variety of nutritional and hormonal factors influence the duration of the hair cycle. Generally speaking, hair loss is a normal part of aging. By the age of 40 or so, the rate of hair growth slows down. New hairs do not grow in as quickly as old ones fall out.

The hair-pull test can help to determine the relative formation of new hair. It involves taking a few strands between the thumb and forefinger and pulling on them gently. Anagen hairs should remain rooted in place, whereas hairs in telogen should come out easily. By knowing approximately how many hairs were pulled and the number that came out, the percentage of hair follicles in a telogen state can be determined. Thus, if 20 hairs were pulled and 2 came out, the frequency of telogen hair follicles is 10%. As a very rough guide, a 10% telogen frequency is excellent, up to 25% is typical, and over 35% is problematic. If after the pull test there are still hairs in the balding areas it is regarded as a positive test.

Hair loss can be broadly divided into two types: focal and diffuse (Table 170-1). Diffuse hair loss is most often due to telogen effluvium—an umbrella term denoting nonscarring alopecia characterized by diffuse hair shedding, often with an acute onset, caused by a metabolic or hormonal stress or by medications. Generally, recovery occurs when the precipitating factors are dealt with. Women can also experience male- or female-pattern hair loss (previously called androgenic alopecia). Focal hair loss is most often secondary to an underlying disorder that may cause nonscarring or scarring alopecia. Nonscarring focal alopecia is usually caused by tinea capitis or alopecia areata, although patchy hair loss may also be caused by traction alopecia or trichotillomania. Scarring alopecia is rare and has a number of causes, most often discoid lupus erythematosus.14 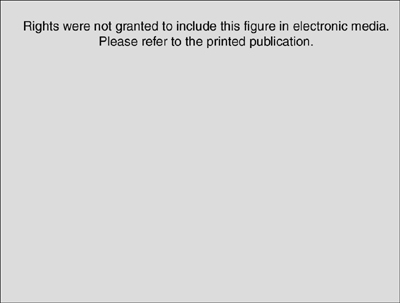 Causes of Hair Loss in Women and Therapeutic Considerations

Five common causes of hair loss in women are discussed below in greater detail: (1) high levels of androgens, (2) drugs, (3) nutritional deficiencies, (4) hypothyroidism, and (5) the presence of antigliadin antibodies.

Women can suffer from androgen-related hair loss, just like men.1–4 The female pattern, however, is more diffuse than the characteristic male pattern, so it was originally referred to as “diffuse androgen-dependent alopecia”; now, however, it is referred to as either female- or male-pattern hair loss.1 It is a relatively common condition. In fact, one report states that it affects approximately 30% of women before the age of 50.1 Although genetic factors are clearly significant, androgen excess, insulin resistance, the polycystic ovary syndrome, and low antioxidant (i.e., reduced glutathione) status are also associated with female-pattern hair loss.2–10 Three possible recommendations to help slow down this genetically predisposed process are as follows: (1) improve blood glucose regulation through dietary, lifestyle, and supplementary measures (see Chapter 176); (2) increase antioxidant intake; (3) consider saw palmetto extract; and (4) consider hormone replacement therapy.

Reactive oxygen species have been shown to play a central role (along with testosterone) in male-pattern baldness. Higher levels of these damaging compounds are found in the hair follicles of men (and presumably women) with male-pattern baldness.6 This appears to be due to lower levels of glutathione. The use of glutathione-sparing antioxidants like vitamin C and flavonoids seems appropriate.

Saw palmetto extract is a popular recommendation for benign prostatic hyperplasia (BPH). It is effective in BPH as a result of several mechanisms of action, including an ability to inhibit the formation and transport of dihydrotestosterone (DHT). This potent androgen is formed from testosterone by the action of the enzyme 5-α-reductase. The activity of this enzyme is increased in BPH, as well as in both male- and female-pattern baldness.7 Saw palmetto extract may offer some benefit in androgen-related alopecia by reducing the formation of DHT. This is the same mechanism as that of the drug finasteride (Propecia), which is often used in the treatment of female-pattern hair loss.10 Saw palmetto extract also inhibits the transport of DHT to nuclear receptor sites and therefore may prove even more useful. The dosage for the extract standardized to contain 85% to 95% fatty acids and sterols is 320 mg/day.